Ancient coins have been avidly collected since the 14th Century, when excavations in Rome brought to light many thousands of Roman coins. These remarkable artifacts bore the names and images of legendary men like Julius Caesar, Augustus, Claudius, Commodus, Nero, and Constantine the Great.

It's no surprise that coins were a driving force in the intellectual flowering of the Renaissance, as they are the most abundant relics of the ancient Greek, Roman, Biblical, and Byzantine worlds. Today, we are the beneficiaries of more than six centuries of intensive study of ancient coins, with interest in collecting them as strong as ever.

All our ancient coins have been authenticated, graded, and certified by NGC, the world's premier service for the independent analysis of ancient coinage.

Greek coinage is far broader than its name implies. Traditionally, it includes coins struck at many locations from Britain to the border of India, and from around 650 BC through the 1st Century AD. Not only Greeks but Celts, Etruscans, Scythians, Phoenicians, Jews and Persians made and circulated what we call Greek coins today.

Greek coins evolved from crude, almost featureless objects to works of high craft with clear designs and inscriptions. The artistic styles continued to change throughout the various epochs of Greek civilization, from the Archaic (c.760-479 BC), Classical (c.479-336 BC), and Hellenistic (c.336-30 BC) periods and beyond, into the Roman era.

Coins of ancients Rome fall into two basic categories: those struck during the Roman Republic and, later, during the Roman Empire. Republican coins typically bear designs selected by the officials responsible for coinage. Imperial coins display vivid, lifelike portraits of Rome's emperors and their family members on the obverse and designs of local interest on the reverse.

Roman coins were also struck in the far-flung provinces of the immense empire, from Germany to North Africa, and from Britain to Syria. Most provincial coins were struck in base metals, although some were issued in silver or debased alloys of silver.

Ancient coins of the Holy Land are cherished for their ties to the life and ministry of Jesus Christ and the often-tumultuous history of Judaea. While coins had circulated in the Holy Land since the late 6th Century BC, none were struck there until around a century later.

The most desired of all Biblical coins are the shekel of Tyre ("Thirty Pieces of Silver"), a denarius of Tiberius (the "Tribute Penny"), a Hasmonean prutot (the "Widows Mite'), and a prutot of the Roman prefect Pontius Pilate (under whom Jesus was crucified).

When Rome was overrun by barbarians in the late 5th Century AD, the center of the Roman Empire moved east to Constantinople, which had formerly been known as Byzantium. The Eastern Roman Empire persisted, albeit in gradually diminished forms, until the late 14th Century, when Constantinople was besieged and then overrun by Ottoman Turks. The name Byzantine Empire was given well after the realm had fallen.

Byzantine coins are strongly Christian in character, with depictions of Jesus Christ, the Virgin Mary, and a host of Saints appearing regularly in designs instead of the images of emperors. 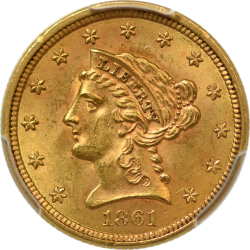 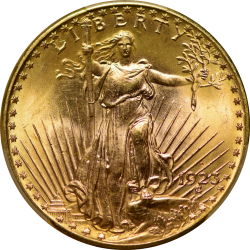 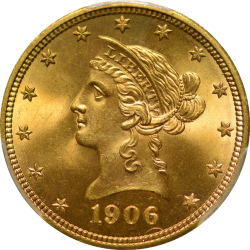 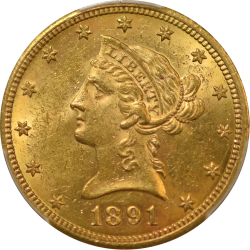 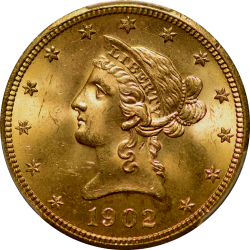 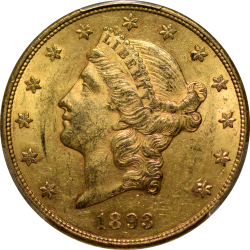 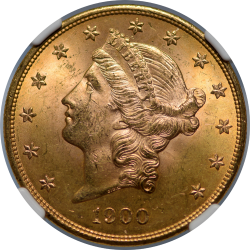 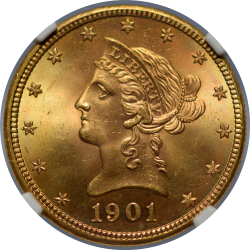